Working with Ranchers to Heal the Land

Great things are happening in the remote northeastern corner of California. Water tables are rising.The land is sequestering more carbon. Nesting and feeding habitat is increasing for iconic wildlife like Pronghorn and Sandhill Cranes. And people across diverse sectors are coming together to spend the time to make it all happen.

Point Blue is proud to be a collaborator in the powerful partnership that’s driving this conservation impact. In mid-September, I joined Rangeland Watershed Initiative (RWI) Partner Biologist, Tiffany Russell and about eighty other conservation-minded individuals for a field tour in Lassen County outside of Susanville, California. Through RWI we strategically place partner biologists — positions co-managed by Point Blue and the Natural Resources Conservation Service — in local communities across California where they can have the most impact to enhance conservation on food-producing lands. The participants of the tour included ranchers, IWJV Management Board members, partners, and other stakeholders from over thirty agencies, ranches, and nonprofits. Tiffany co-planned the full day event which was led by John Ranlett (Ducks Unlimited) and Nate Key (Natural Resources Conservation Service), the California State Conservation Partnership co-chairs for the Intermountain West Joint Venture (IWJV). The tour demonstrated what applying on-the-ground science, partnership, and outreach can do.

Three things stood out for me the most at the end of the day: the impressive pace and scale of conservation action being applied in this area; how much the ranchers I met are invested in the shared goal of enhancing the health of private working lands; and what the power of partnership can achieve.

By far, the two featured ranchers were the stars of the day. We visited Five Dot Ranch CEO, Todd Swickard, and neighboring Willow Creek Ranch Owners, Jack and Darcy Hanson. We started the day with a circle-up at Todd’s ranch. He spouted deep knowledge of the benefits of cultivating native grasses and legumes on a cattle ranch and the economic and ecological benefits of flood irrigating pastures. Todd described how the practice of flood irrigation on his land provides food resources for migrating waterfowl during spring and fall, and other wildlife use it all year long. He also explained how flood irrigation is a tool for keeping water on the land as long as possible during a relatively short wet season. This helps to increase soil health and productivity resulting in a positive economic impact on the ranch operation and recharge groundwater levels for the local community.

As he put it, “We’re not really livestock ranchers, we’re grass farmers. In order to have healthy grass we need healthy soils and water.”

Todd has also worked with local agency partners to thin Western Juniper on his property. This helps sustain vibrant sagebrush habitat for the Sage Grouse and a variety of other sagebrush-dependent species and provide better forage for his cattle. He has also managed creekside habitat with carefully timed grazing and engaged in a wetland reserve easement project, where he restored the natural course and hydrology of a perennial stream by actively moving dirt and rocks to remove man-made ponds. He is currently working on a project to establish 400 native pollinator-attracting plants and planting willows and cottonwoods along his creeks. The methods he is pursuing do all the things we need public and private lands to do to mitigate for and adapt to climate change: sequester carbon, support biodiversity, and engage the right people in the right solutions.

One of our midday stops was the California Department of Fish & Wildlife (CADFW) Ash Creek Wildlife Area, which provides critical resting and refueling stopover habitat for migratory birds in their northward spring migration. Over three years (2012, 2013, 2015), the Pit Resource Conservation District, Ducks Unlimited, and the California Waterfowl Association was active in assisting CADFW with a wet meadow habitat restoration at this site. Portions of the Ash Creek meadow were facing catastrophic wetland loss (several thousand acres) from continued degradation by erosion. Through collaborative efforts, the ecological functions of Ash Creek have been restored, providing approximately 4,000 acres of wetlands that benefit a myriad of wildlife. The water table has also risen by 2 feet, which is recharging wells for surrounding ranches. Former Point Blue Partner Biologist, Kolten Hawkins, presented his perspective of the project’s impact. Before working with Point Blue he performed vegetation monitoring of the project. He’s currently working with his family’s local logging business and is on the Pit River Resource Conservation District board. He said the restoration has improved waterfowl numbers allowing for more hunting and providing a boost for the local economy and its success has motivated other landowners to pursue similar projects on their own land.

We ended the day at Jack and Darcy Hanson’s Willow Creek Ranch with a backdrop of Sandhill cranes in their pasture across the road and geese flying in to their fields over us while we ate dinner. Equally impressive practices are being implemented, modeled, and staunchly advocated for by the Hansons. Along with flood irrigating and managing grazing for perennial grass growth, the Hansons are receiving support from NRCS, Bureau of Land management (BLM), and Point Blue to remove light-density juniper on about 4,000 acres of adjacent BLM land in priority Greater Sage-Grouse habitat. The Hansons are also working to protect their ranch in perpetuity through a conservation easement.

Point Blue Partner Biologist Tiffany Russell has been an instrumental player in supporting both of the ranching families we visited to identify and implement conservation practices. But it’s not a one-way street. Jack & Darcy Hanson have provided support and connections from the beginning. Due to their support, Tiffany has catalyzed conservation work in the Susanville and surrounding community she joined six years ago. She now owns a house in town, plays cello in the local symphony, and is a locally recognized conservation leader. She works closely with approximately ten private landowners each year, supporting conservation practices like the ones Todd and Jack are implementing. As Tiffany described herself, “I’m not an expert in any one field, but I excel at putting the right pieces together and making things happen.” The Hansons have definitely helped her do that and still sing her praises.

As Jack said towards the end of dinner, “These relationships are built on trust and we completely trust Tiffany and her organization.”

About half of California’s viable wildlife habitat is in private hands and the percentage is similar throughout the West. On this field tour I got to know the people connected to some of those hands. The relationships we and our partners at Joint Ventures and other organizations have formed with the Swickards and the Hansons are producing lasting conservation impact. And these are just a couple of examples of conservation successes happening throughout California and the Intermountain West. To me, this is living proof that we can secure a healthy future for wildlife and people if, as IWJV’s Assistant Coordinator Ali Duvall put it, “we take time to get to know one another and we take time to work together.”

More photos from the day: 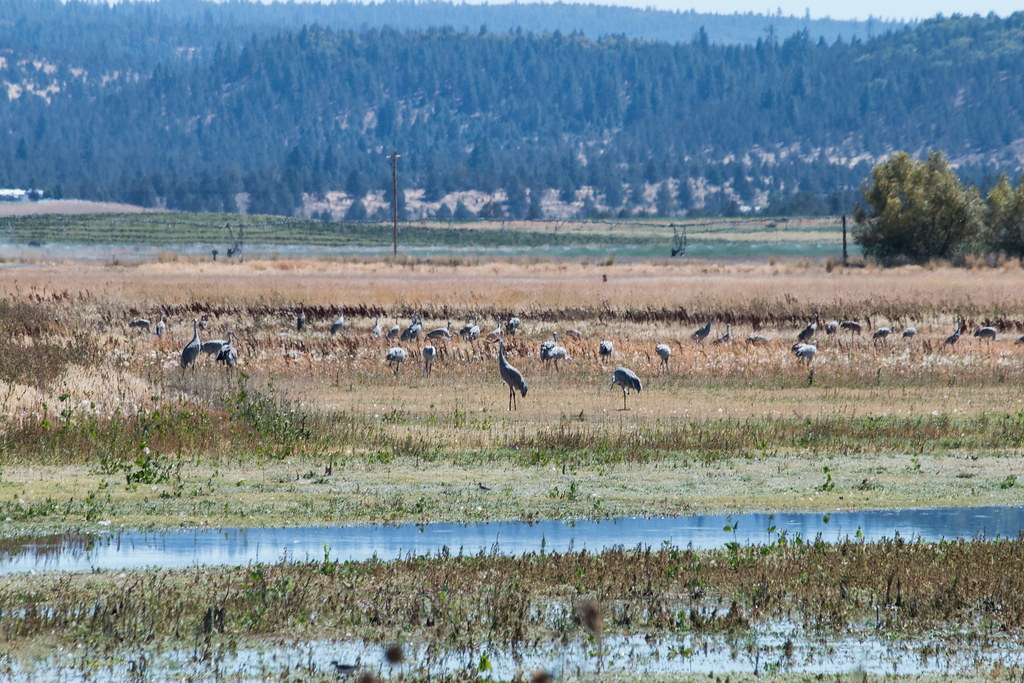